Skip to Main Content
It looks like you're using Internet Explorer 11 or older. This website works best with modern browsers such as the latest versions of Chrome, Firefox, Safari, and Edge. If you continue with this browser, you may see unexpected results.

This guide will lead you to resources that help your study and research in the field of Nursing and Midwifery. There are also a range of learning tools that will allow you to develop your research and study skills.

Why should I Cite?

Citations help others find the information you used in your research paper.

Citing your sources accurately helps establish the credibility of your research.

Citations connect your work to the work of other scholars.

Citations are one way to honor and acknowledge the work of others who have made your own research possible.

A citation is a way of giving credit to individuals for their creative and intellectual works that you utilized to support your research. It can also be used to locate particular sources and combat plagiarism.

There are many rules relating to citations depending on the number of authors of the work, format of the source and citing of quotation.

How do I cite?

Example: As direct reference According to Colluzzi and Pappagallo (2005) as cited by Holding et al. (2008, p. 142) most patients given opiates do not become addicted to such drugs. OR indirectly:

: You are advised that secondary referencing should be avoided wherever possible and you should always try to find the original work.

If a direct quote from a book, article, etc., is used you must:

Alder, et al state that ‘there is no consistent evidence for poor psychological well-being during menopause’ (2009, p.7).

Note: Duplication of charts, diagrams, pictures etc., should be treated as direct quotes. In that the author(s) should be acknowledged and page numbers shown; both in your text where the diagram is discussed or introduced and in the title of the diagram.

If you need to cite a piece of work which does not have an obvious author, you should use what is called a ‘corporate’ author. For example, many online publications will not have individually named authors, and in many cases the author will be an organization or company.

Example: The number of Chicken Pox sufferers for the year 2008 in the Kingdom of Bahrain has been estimated as 3380 (Ministry of Health, 2008)

Note: If you are unable to find either a named or corporate author, you should use ‘Anon’ as the author name. Be careful: if you cannot find an author for online work, it is not a good idea to use this work as part of your research. It is essential that you know where a piece of work has originated, because you need to be sure of the quality and reliability of any information you use.

If you need to cite a multi-media work, you would use:-

• The title of the TV program (including online broadcasts) or video recording.
• Title of the film (whether on DVD, online, or video) as the author.

Therefore, your citation should use the title that you identify as the author.

Always use the surname of the interviewee/practitioner as the author. 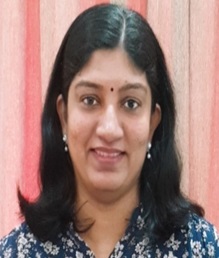